Jeicoth, a young man who is transforming his neighborhood and his community in Bogotá.

Jeicoth's daily struggle to change the environment of his neighborhood has led him to be recognized in his community as a youth leader who works through art, culture and tourism to reduce social inequality in his territory.

Jeicoth is a young man who has lived all his life in Roció, a neighborhood in the heart of Bogotá. Just ten blocks from the residence of the President of the Republic. El Roció was, however, until about 10 years ago an unsafe and unsuitable territory for tourists.

For the young people of El Rocío, tourism represented a source of income through robbery. They felt that tourism invaded them and did not generate any benefits for them. This attitude changed over time: they wanted to benefit from tourism "for the good" in a neighborhood where in many cases the only alternatives for young people are crime, jail or the cemetery.

Jeicoth and his friends have two passions in common: they all do hip-hop and graffiti. Through both they tell their way of life and tell about the abandonment they feel in their environment. Both passions renew their will to transform their social reality into something that allows them to move forward.

This is how they decided to respond to the tourist demand for a more direct contact with the community. Jeicoth and other young people decided to put together a tour where they, the neighborhood and hip-hop would be the protagonists. In this way, they could showcase their neighborhood and their art, and at the same time have a real alternative income that would allow them to generate self-management of each of their activities.

Not content with the success they found, Jeicoth and the other young people wanted to go further. Their goal was to make tourists also reflect on the social stigma of coming from crime-ridden neighborhoods. So they transformed a simple historical and heritage tour into a tour of cultural exchange, human rights and resilience. Through tourism, these young people achieved what they once thought was impossible: to have a real possibility of an economic alternative that would allow them to develop personally, artistically and professionally. 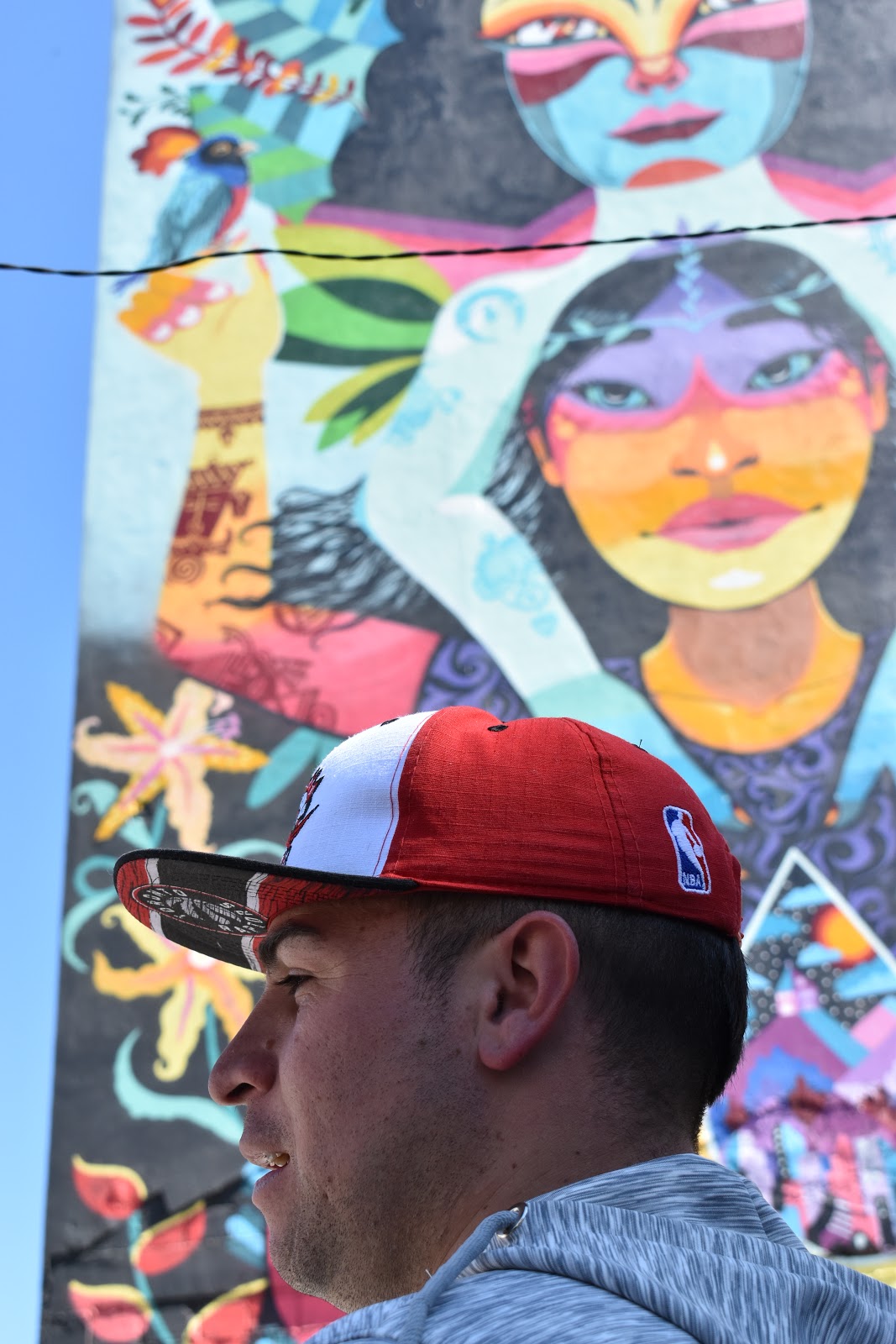 Since then, the project began to grow and to involve their families. They included their mothers, siblings and other young people from the neighborhood who saw the project as a new source of opportunities. Thus, for example, a series of gastronomic and handicraft activities were added to the project.

Today, more than three years after the start of the project, the pandemic has generated setbacks and unemployment in this community. This uncertainty has motivated the young people and Jeicoth to try to reinvent themselves and seek new opportunities. In 2020, with the support of USD 1,500 from VSocial, they managed to buy printing machines and launched their own brand of T-shirts.

Thanks to this venture, 3 complete families, a total of 18 people, were able to cover their housing and living expenses. They sold 11 blouses a day for 20,000 Colombian pesos, which generated an income of approximately USD 60, half of which was distributed to pay for work and the other half for new investments. With the money they earn, they invest in generating content such as music production videos of their songs and also promote other urban brands. From this same money from vSocial, an Instagram was consolidated with 94 thousand followers that serves as a platform to showcase the territory's talents to more people in Colombia and the world.

Parchese a los Populares continues to work daily to improve the environment of its community through art as a tool of transformation for Peace. Their work wants to have a greater reach and link 100 young people from the neighborhood so that they have a real alternative for personal and professional development away from crime and conflict.